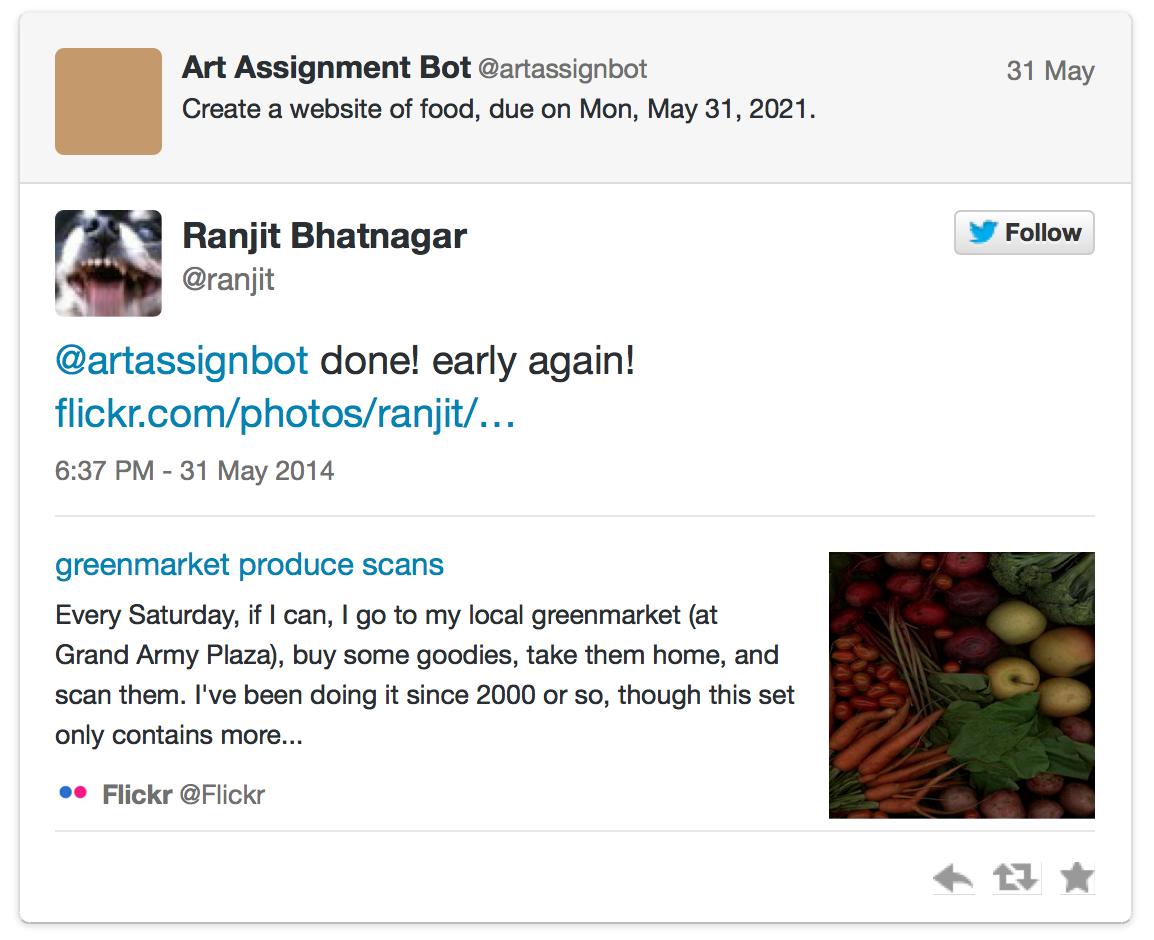 A Twitter bot giving random art assignments. Completed assignments can be seen here. Has been expanded into a live, bot-run art school for Art Of Bots at Somerset House in London, organized by Abandon Normal Devices.

Every website from the Internet International Directory, an amazing book of websites published in 1995 (many dead links). 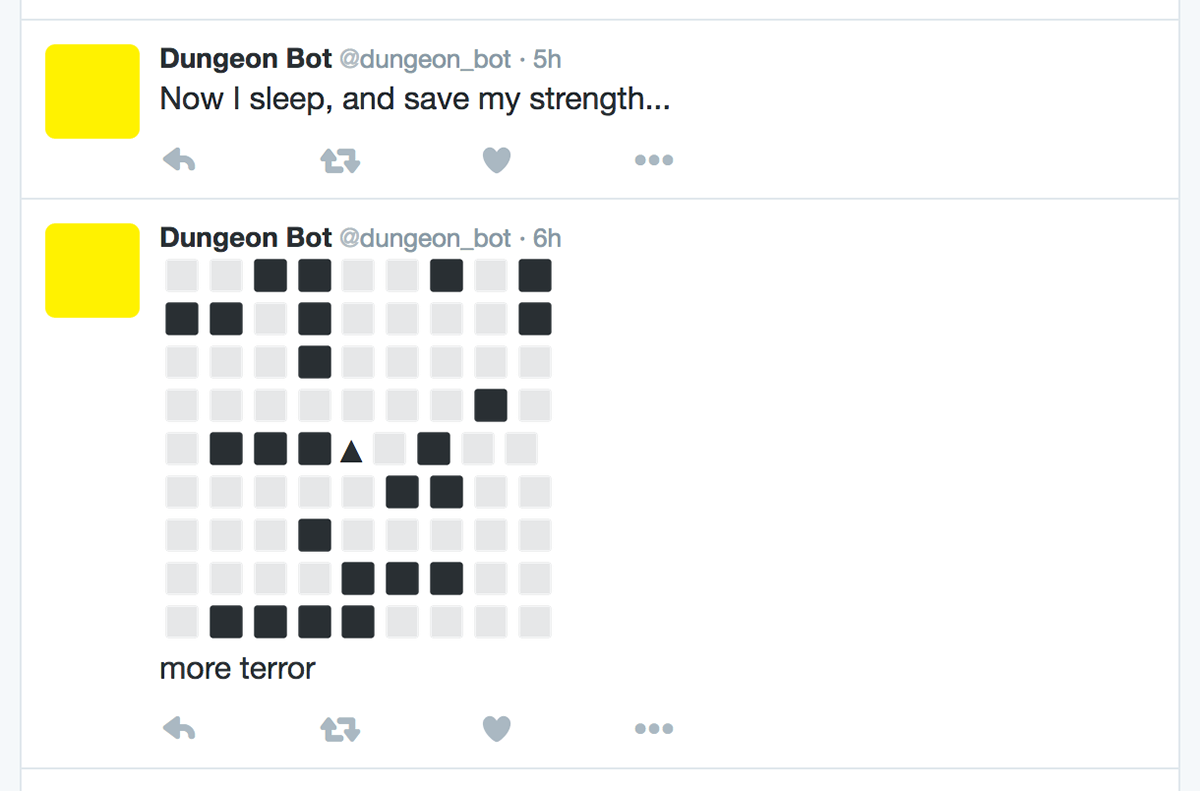 A live performance on my personal feed, listing once per hour how many files my computer currently has open. Run for one month.

Tweets the location of all 787,522 geodetic survey markers in the United States. Instead of GPS coordinates, the locations are listed in wonderfully detailed prose, written over the past 40 years. 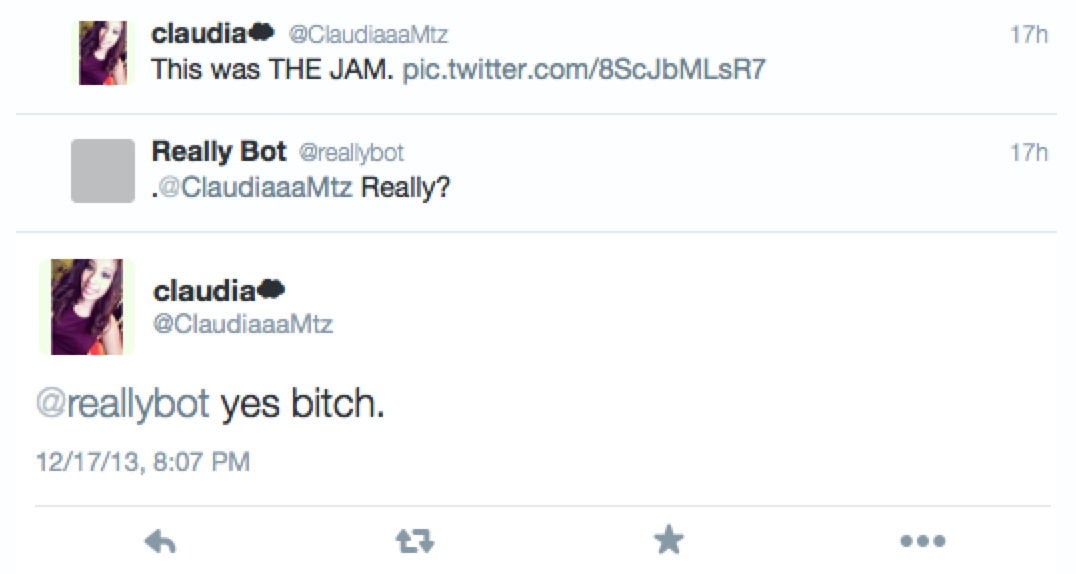 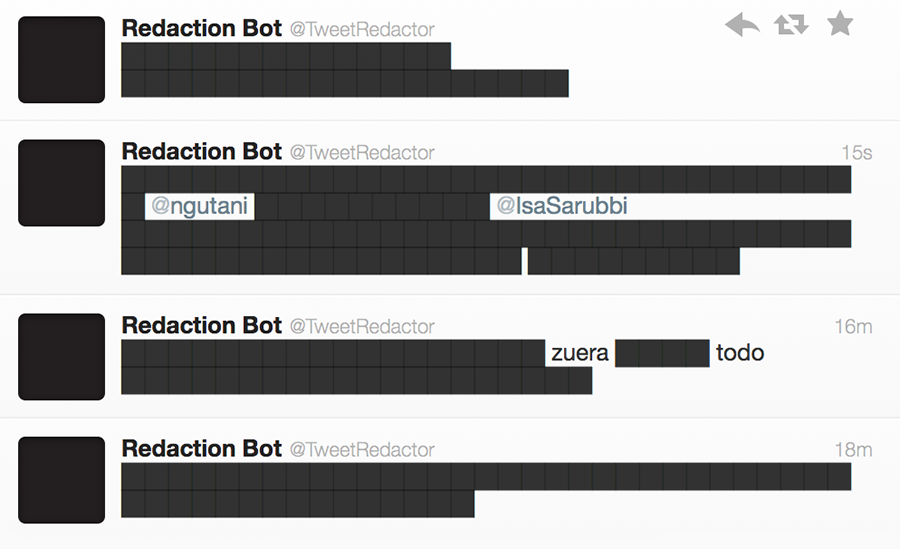 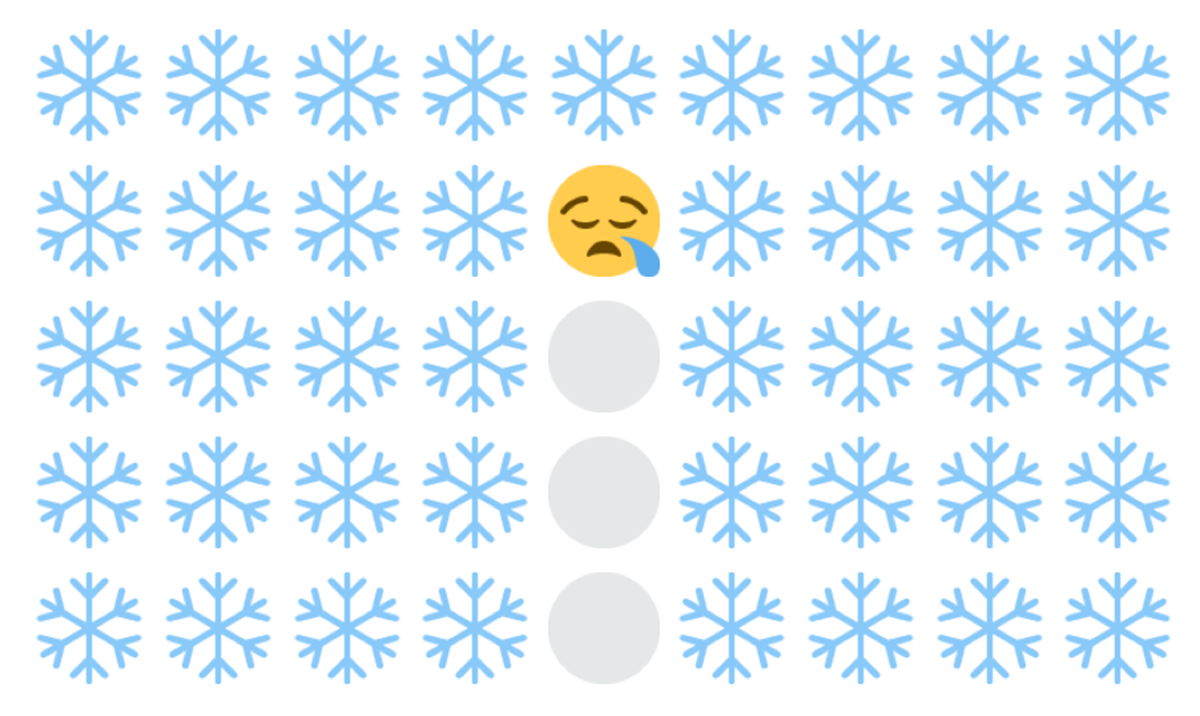 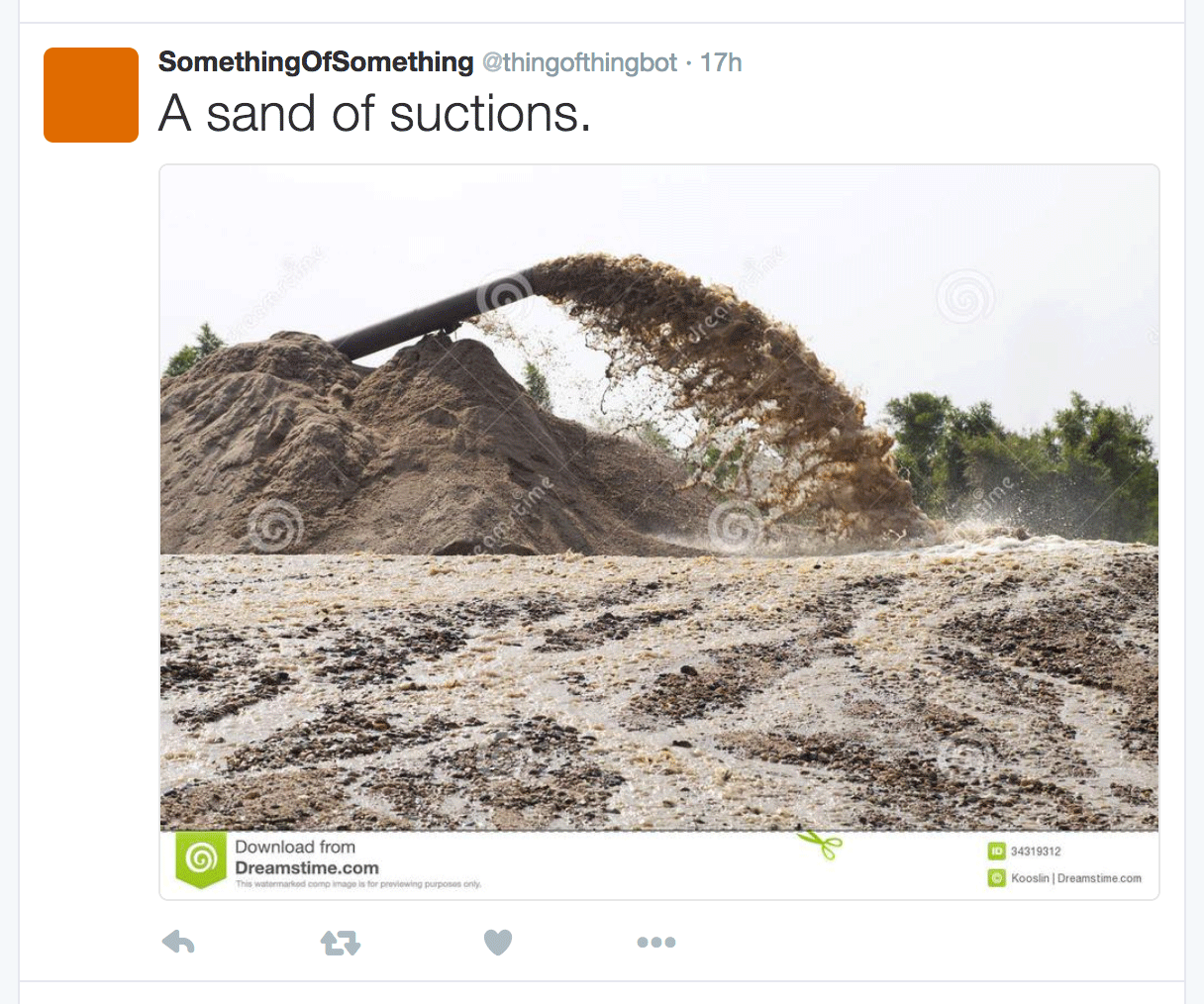 Something of Something Bot (@thingofthingbot)

Generates random lists from the 1,564 things Flickr's computer vision can identify. Built during a sprint-collaboration with Bell Labs, Cambridge.

Would You Rather Bot (@WouldRatherBot)

Creates random "would you rather?" questions once every hour.